I’m thrilled to announce that TOLL, the second book in the KESTREL action-technothriller series, is out now! 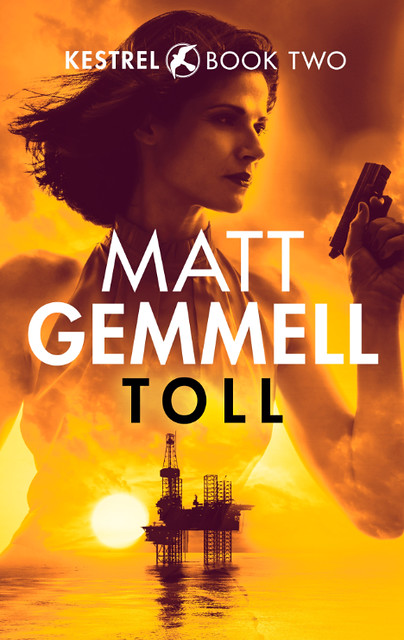 Elite EU special forces team KESTREL is back, and the fate of the world hangs in the balance once again. With fast-paced action, beautiful locations across Europe and beyond, and the series’ trademark blend of adventure, conspiracy, and fringe science, TOLL has already been gaining rave reviews:

“A masterclass in storytelling” — ⭐️⭐️⭐️⭐️⭐️

“Fast-paced action keeps you glued to the book” — ⭐️⭐️⭐️⭐️⭐️

You can buy it right here, in the format/platform of your choice:

And plenty of other places too:

Here’s the description from the back cover:

THE PERFECT WEAPON LAY BURIED FOR 70 YEARS. NOW ITS DEADLY POWER HAS BEEN UNLEASHED.

The Norwegian Sea: a group of eco-activists disappear from their vessel. Only their dental fillings remain.

Owl Mountains, Poland: a wealthy environmentalist resurrects a secret experiment forgotten since the close of the Second World War, determined to heal our ravaged planet.

When a dossier finds its way to the desk of Dr. Neil Aldridge, the elite EU special forces team codenamed KESTREL is drawn into a dangerous pursuit across Europe and beyond, to prevent a cull of Earth’s greatest threat: humanity.

As the final countdown begins, Captain Jessica Greenwood faces the ultimate choice: fight to prevent the dark future ahead, or help make it happen…

To find out more, read a preview, or buy it (yay), go here immediately!